Well last week I sent out some press releases to announce that Snooty Paws is finally up and running (yay!) and we were so excited when a couple of people emailed back saying that they would like to feature the site but did we have any pics of the outfits on a dog?

After madly trying to call our friends who had cute dogs my partner Leigh and his friend Micah were able to organise a doggie photoshoot that afternoon with our first doggie model – Didi.

Well the old saying goes ‘never work with animals or children’ and when you’re trying to get cute doggie pics you soon find out that these are wise words. Leigh and Micah took over 150 photo’s and after bribing Didi with cheese balls to try to get him to sit still (his favourite treat) we were able to use a handful of pics on the site.

Didi was very excited and kept running around and licking everyone and he just wanted to play with his toys but it was worth it becase we’ve managed to use some great photo’s. I hope you like his pics on the site.

Thank you to Glenn and Adam for letting us borrow Didi! 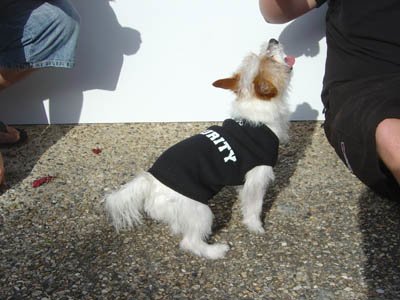 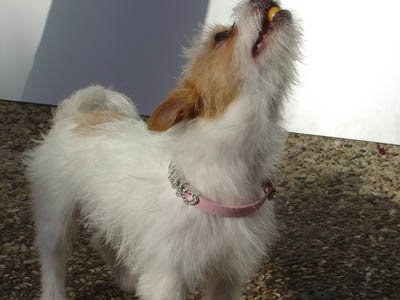 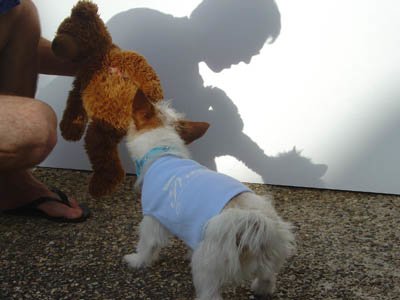 Didi playing with his toy teddy while wearing the prince top


You can leave a response, or trackback from your own site.