‘Twas the night before Christmas, when all through the house, not a creature was stirring, not even a mouse…’

You could win a hardback copy of ‘The Night Before Christmas’ written by Santa Paws!

About the Author: ‘Twas the Night Before Christmas’ has been a classic since its first appearance in the Troy Sentinel in 1823. The poem was published anonymously and, as excitment over the verses grew, everyone wanted to know the name of the author. In 1837 Clement Clarke Moore, a biblical scholar in New York City, allowed his name to be attached as author.

This book has some beautiful, cute + cuddly animal Christmas pics throughout + would make a great gift for your furry friend in their pet stocking or keep it for yourself and read it to them on Christmas eve 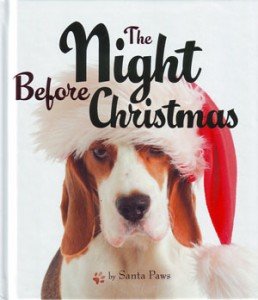 Sign up as a member to win this book! Competition closes 9am Wednesday the 8th of December 2010.

Your pet can even dress up in their own ‘I believe in Santa Paws’ doggy tank top! 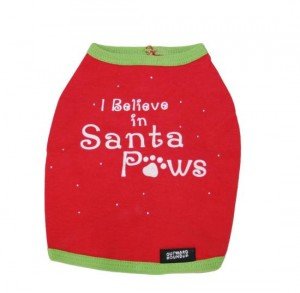 
You can leave a response, or trackback from your own site.

One Response to “Competition – win a free Christmas pet book!”